Our family serves in Italy with TEAM (The Evangelical Alliance Mission). We are primarily involved in arts and anti-human trafficking ministries and are privileged to share some of our journey with you starting at the beginning.

We grew up with families where we learned about the love of God and came to trust Christ at early ages. Before we met, each of us felt that God intended for us to pursue a career in missions. We were both heavily involved in leadership in our youth groups and took cross-cultural ministry trips that impacted us. Being convinced and excited about doing ministry full time we each went to Moody Bible Institute in Chicago where we met. Jon was a Pastoral Studies major and graduated in 2005. Erika was a Counseling major and graduated in 2007. 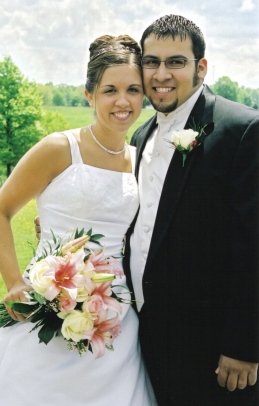 We pursued full time ministry when we were married in 2005 but realized God was asking us to wait (after our application to a missions organization was lost in the mail 3 times!).

So, we settled in Chicago for the first 6 years of our marriage finding that God doesn’t waste any time or experience. Jon worked for New Balance from 2005-2011. He started as a salesman at the store in downtown Chicago, was promoted to a management position there, and then became head manager in a brand new store in Schaumburg. During his time there he developed many management and sales skills that he has already been implementing in ministry. Erika worked as an Executive Assistant for a financial planner in Chicago for four years during and after school at MBI. She gained administrative and communication skills and experience. We then realized that Erika should pursue a Master’s in Social Work with an emphasis in ‘Children and Families’ and social justice issues. She graduated in May 2011 and is taking opportunities to apply her skills and long time passions for the marginalized in full time ministry. 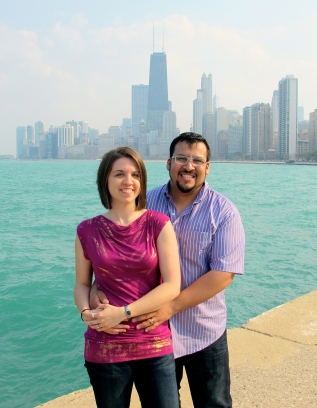 Over the years we have been able to take several short-term missions trips separately and together. Jon is an artist and loves using his gift in the visual arts as a platform for ministry. He has participated in a missions trip to Spain, co-led a team of youth to Estonia, joined a team on a pilot art ministry trip the Czech Republic and later led an art ministry trip to Budapest, Hungary. Jon also desires to use his pastoral studies degree to come alongside local churches and encourage leadership and congregational growth. Erika has been to Haiti where she did orphan care. She was part of a team that did construction and sports camps in the Dominican Republic. And she has led short-term ministry trips to Serbia and Mexico where the focus was construction and children’s outreach events. We also took a trip together to India when we did outreach with colonies affected by leprosy.

At the end of 2010 we started looking into full time ministry opportunities again to see where God might have us work and He clearly pointed us to an opportunity in northern Italy, just outside of Turin. While we were there He revealed what we believed was His leading to leave everything we knew and join the ministry efforts there. 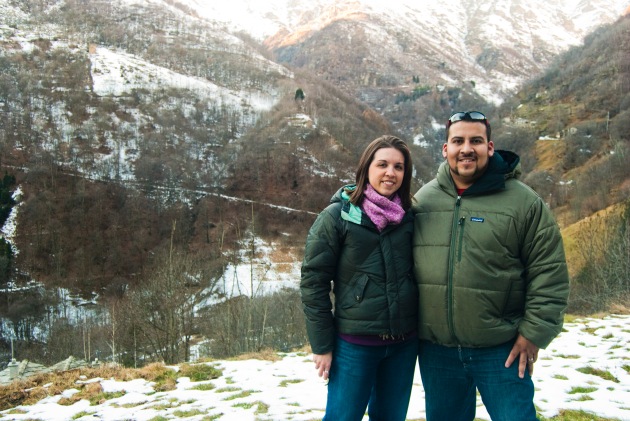 We moved to Italy in January 2012 and served there for 3 years with OM.

In those first three years we made a home in Italy, settled into the local community, found a church family, and have become Italian speakers (in-progress). We welcomed a beautiful daughter to the world and began the adventure of parenthood. We co-facilitated an innovative arts-in-missions training program, initiated a local arts ministry, and launched an anti-sex trafficking ministry. We faced a great many joys and challenges along the way but through it all God has remained faithful and true to His Word. Our time with OM closed at the end of 2014. 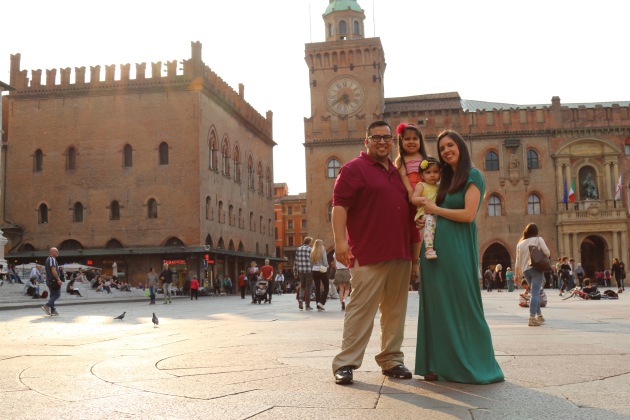 In January 2015 we were approved as members of TEAM (The Evangelical Alliance Mission) to continue our ministries with their team in Bologna, Italy. After some time in the States to expand our partner team and recharge for our next term, we returned to Italy in October 2016.

During our first term with TEAM Italy we spent some focused time improving our language ability and settling our family into our new home city and continued to build the arts and anti-trafficking ministries. Jon co-founded the first known church based arts ministry in Italy, mentored church leaders in training, facilitated an arts show in the church and accepted the role of Media and Design Coordinator for TEAM Italy. Erika facilitated training and conference events for anti-trafficking practitioners and advocates in Italy, helped see a new safe house open for victims of trafficking in Italy, developed the leadership team of ATR, and joined the Ministry Area Leadership Team for TEAM Italy.

In 2019 we officially launched an initiative to establish a safe house and recovery program to serve the survivors of sex trafficking being reached by the ATR national network. After years of dreaming, planning and strategizing, Alba was born. In that same year, Jon co-launched a business for mission called Tesori which is purposed to generate funding for anti-trafficking efforts and eventually provide job skills training for survivors of trafficking at the Alba Safe House and Recovery Program.

In 2020 (during the height of the pandemic) we moved to a more northern region of Italy to be on the ground where the Alba safe house and Tesori work program would be located. However, just a few months after settling into our new home we received news that a close family member was diagnosed with a terminal illness. We knew we needed to return to the United States to be near them so in March 2021 we moved back to the USA with the full support of our organization and co-workers.

Thankfully, due to nearly ten years of life and ministry in Italy, we have been able to adjust our roles somewhat but continue to serve remotely in many of the same capacities with ministries in Italy that we had when we lived there. It has also given us the opportunity to take on some new roles globally. Read more about our current work in the Our Ministry section.