Italy has many treasures – from the ancient ruins to the artistic masterpieces to the food and wine produced within its borders. However, the treasures I am concerned about here are the 25,000 slaves who are currently being exploited sexually all over the country. While the high profit their bodies bring makes them valuable to those who traffic them, they are treated like trash (or worse) rather than cherished treasures. 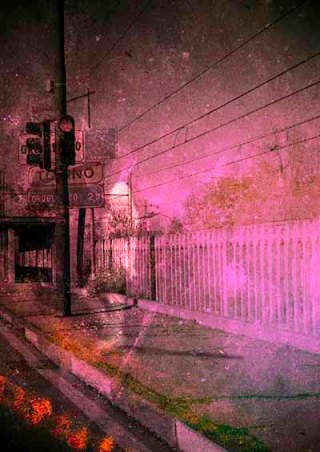 I (Erika) came to Italy hoping to serve a marginalized population group and praying for an opportunity. Within the first year I had an encounter with a treasure being sold on a dark street in Italy. It was certainly an experience that was an answer to prayer and you may remember that it was a key event leading to the birth of OM Italy’s anti-trafficking ministry six months ago.

One of our primary goals for the first year of this ministry has been to gather credible information about the state of the sex trafficking problem in this nation and about how to best combat it. Regarding the state of the problem, one thing we have found is that according to the UN approximately 10,000 Nigerian women and girls are forced into the sex trade in Italy every year. This makes Nigeria the primary source country for victims of sex trafficking in Italy. Much of our reading has revealed that these Nigerian treasures are tricked and trapped not only through typical tactics such as luring them with false promises of legitimate work, abusing them upon arrival in the destination country, and threatening harm to their family members should they try to escape; but there is the added element of voodoo rituals prior to leaving Nigeria when the girls must make pledges to be loyal to those who later turn out to be their traffickers.

A recent article also spoke of these details stating that on one short stretch of famous highway in Italy alone there are up to 600 women selling themselves at one time.

The Domitiana highway was built in 95 A.D. as a thoroughfare, leading north up the boot of Italy from the bay of Naples.  Now it is something like a one-stop sex supermarket where up to 600 Nigerian prostitutes can be found at a time along a 30-kilometer stretch of the pot-holed road.

Are you asking yourself if this could really be true? Does this really happen? I also wondered if the reports were reliable until it was confirmed by the most credible source: a Nigerian woman selling her body on the side of the road in Italy. The facts and figures are compelling and heartbreaking, but the reality they represent takes on a whole new meaning when your source isn’t a string of words on a computer screen but rather the eyes of a young woman who is living and breathing it. During an outreach with a more experienced ministry group, I recently met a 22 year old woman whose story included all the elements we’ve read about. She, like the other woman I met last summer, was a victim of sex trafficking and saw no way out.

So what has our search for information about how to combat this problem turned up? Like the problem, the solution is as complicated in real life as it is on paper. There are countless barriers – physical, psychological, emotional and spiritual – preventing victims from gaining freedom. The women I’ve spoken to attest to that. And while there is a laundry list of issues – supply and demand, globalization, greed (of those who sell and those who buy), vulnerability (of victims), corruption (of government and law enforcement), and lack of forces to fight against it all – which deserve attention, God has given me the passion and tools to focus on the victims while bearing the rest in mind. It will likely be another six months before our team begins regular outreach to women on the streets, but He is obviously preparing the way already and I am doing my best to heed His direction.

There are treasures hidden in the darkness of the sex industry all over the world who deserve to be fought for, but as one writer explains:

Italy is a key piece in gaining ground in the fight against sex trafficking in Europe and the rest of the world.

I am humbled and privileged by the opportunity to begin offering Hope and pursuing justice for treasures in Italy because of the doors God has opened and the team of supporters who make it possible for me to walk through them.