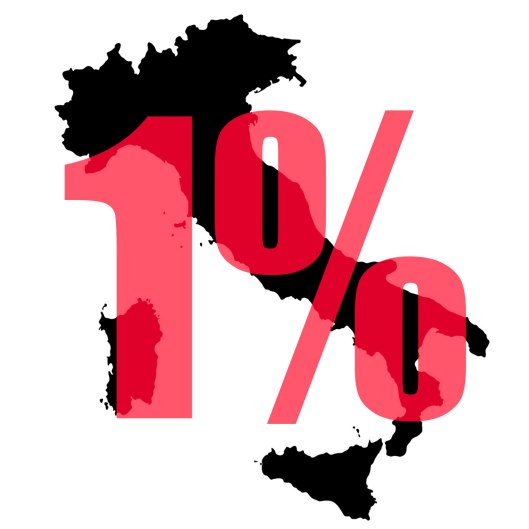 One percent. Only 1% or less of those in Italy know the gospel of grace. It’s a shocking truth for most and sheds light on why we are burdened for Italy. Italy is where the apostle Paul once walked. He wrote the letter to the Romans – an amazing piece of the biblical text written to Italians. Now Italy is known as the home of the Roman Catholic church. The Pope himself lives in the Vatican City in Rome. Unfortunately, unlike Paul’s letter to the Romans, Catholicism in Italy rarely points people to saving faith in Christ. Instead it is more of a religious rite and cultural fabric weaved throughout the most common aspects of Italian life and identity. 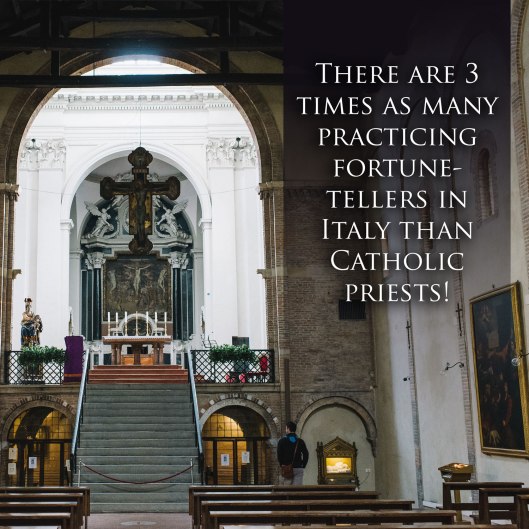 Most people in Italy are nominally Catholic because it’s in their blood – if you’re Italian, you’re Catholic, because that’s tradition – not because of a relationship with Christ. But many have become disillusioned by the Roman Catholic church and turned to Islam (the 2nd largest religion) and the occult. Believe it or not, there are 3 times as many occult leaders than priests in the Catholic nation. The spiritual warfare in Italy is intense with occult leaders praying against the advancement of the Kingdom of God and missionaries like us who are working to build it.

It’s no wonder that 80% of cities, towns and villages in Italy have no evangelical church. Churches that do exist are typically small, like American-church-small-group-small, often with less than a couple dozen meeting together in a home with a lead pastor who is not paid. With such small pockets of believers across Italy, it is pretty special when more than a hundred or so are together to worship. Last month, 1,400 believers gathered for the sixth bi-annual national mission congress to inform, challenge and to train the Church in Italy with a vision for mission. It was called M16 and was a unique time for believers to be together in a nation where the church is so small and spread out. We were hoping to join our team for it there but God still has us here.

Still, we were very involved in preparations for it as both ATR (the anti-trafficking ministry Erika founded and directs) and TEAM Italy (our agency’s team in Italy) had tables at the EXPO where they were representing their respective ministries. Jon created brochures, flyers, shirts, banners and a promo video to be used at the event to help each ministry be better represented. Erika helped to organize the ATR table and leadership to take advantage of the opportunity to get the word out about our mission to equip, empower and unite believers to prevent and combat sex trafficking in Italy. It was disappointing not to be at the event physically representing the ministries ourselves but we were glad to be part of it in the ways we could. Below are members of the ATR steering committee representing the Alliance at M16 (notice the great shirts they’re sporting that was designed by Jon).

The keynote speaker at M16 was John Piper. Conference attendees were really encouraged while sitting under his exposition and exhortation. Some of our team members even spent time showing him and his wife, Noel, around Bologna. While in Europe, Piper saw the state of the church and he recently took time to write about what he observed. Piper states that the most pervasive thing he noticed was “the challenge of heralding the gospel of Christ to minds and hearts shaped and shackled by centuries of religious and cultural Roman Catholicism.”

If you’re even slightly intrigued to understand why Italy is such a dark place spiritually even though it is the home of the Roman Catholic church, read his article titled “God Has a People for His Name: Seven Lessons from Europe”. In it he shares the highlights of what he learned. The first lesson he describes is all about why he believes the Reformation never reached Italy which is instead “shaped and shackled” by Roman Catholicism. His insights are helpful in understanding our cultural context as we live and serve in Italy.

Piper also talks about how he saw God moving in Europe. In the second “lesson” he specifically refers to the church we will be attending in Bologna (pictured below), which was planted by TEAM missionaries more than a couple decades ago and is now being pastored by one of our teammates. It has become one of those rare evangelical churches that is attended by up to about 100 people each week (pictured below). 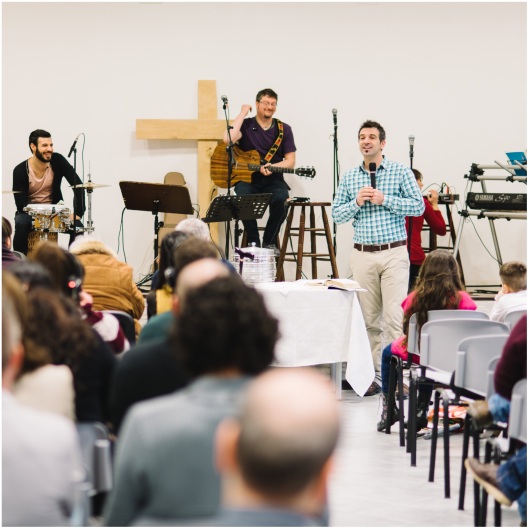 Piper refers to it as a church that reflects “the energy and joy and seriousness of aggressive outreach,” and specifically mentions the anti-trafficking ministry birthed there – the local ministry Erika will be working with – which has seen a treasure turn to Christ and her life transformed.

How encouraging to have someone like John Piper see the real challenges in Italy as well as the remarkable ways the grace of God is going forth. In his words, “God has a people who are passionate for his name all over Europe.” We are looking forward to joining some of those passionate people on Italy soil as soon as God provides the way!