What would bring 8 women from 6 different countries together in the Near East in the middle of summer? A mutual passion for justice. A shared desire to make a difference. And a common Hope to share with the hurting. Together we became “Authentic Justice” and I’d like to tell you about how God used our wee team to fight for the 27 million victims of human trafficking in the world today.

However, before I get to that I feel I must pause to dwell on the statistic your eyes may likely have glossed right over. 27 million men, women, and children are slaves. What does that mean? Watch this short clip to learn the Top 10 Facts About the “S” Word to be sure you understand the issue. But honestly, what can we really do in the face of such a grave problem? After looking at all the research, considering the depth and complexity of the issue, and realizing the barriers that stand in the way of freedom for the victims; our team was asking the same question. The short answer? We have to do something. And we did.

Our quest began in Rome at a conference called “Transform” where we all met along with hundreds of others who were taking part in short term trips to the Mediterranean. We spent a few days there digesting information about the culture we would be entering, fueling our fires to spread the gospel on outreach, and spending time together as a team.

The highlight of this leg of our journey came during a day dedicated to doing outreach in Rome. Thankfully, our team was given a special assignment the day before. We were asked to focus our energy on reaching out to the prostitutes at the station where the teams would catch the train to Rome. So, within only hours of our first team meeting, we rallied together to create cards and care packages to give to the women we would meet. On the day of the outreach, armed with our gifts, the covering of prayer, and two of the biggest (and kind) guys at the conference who trailed behind to act as our bodyguards; we set off in small groups toward where we expected prostitutes would be waiting for their customers. That day each of us was given an opportunity to speak to women in the sex industry who received the gifts we offered, both tangible and spiritual.

One young woman I spoke with, who I will call Diamond, moved to Italy from Africa three years prior having been promised a good job. When she arrived she found that she had been deceived and now would be forced to work as a sex slave. In close proximity to the man we believe was her trafficker/pimp, she subtly told us that she was not free to leave. We asked if she had anyone who could help her and with sadness in her eyes she told us no. As instructed by a long-term worker in the area, we had written the trafficking hotline number on the inside of our arms and we gladly showed her that there was someone she could call. I was surprised at her eagerness to write down the number. She didn’t seem to want us to leave though she was obviously being watched. When she invited us to keep talking we were able to speak with her, using our broken Italian and her broken English, about the love of God and how He is the only One who will always be there for her. We referred to the verse that was included in her card and shared the gospel. 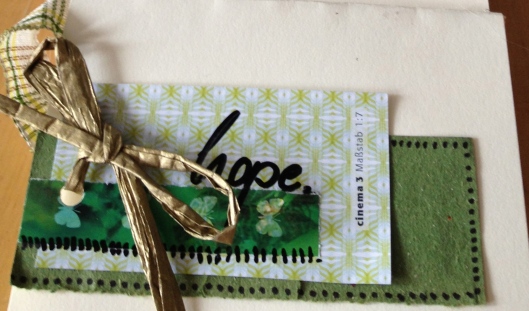 As we were talking, Diamond’s friend (and co-worker) walked over to us. She was an older woman from Russia and she didn’t speak English. We gave her a card but we wanted to speak with her too. Come to the rescue, our new friend Diamond, who acted as our translator confidently relaying the message of the gospel as we shared!

Before we left, we asked to pray for them and they both agreed. We held their hands and shoulders as we did, silently pleading with God to make them feel His Spirit through us, while praying God’s mercy, protection, and salvation over them. I remember standing there feeling like I couldn’t leave knowing the life they were returning to as we walked away. I wanted to snatch them away. But instead I offered them hugs. They both seemed happy to receive what I hope were felt as truly loving gestures in contrast to the harsh and traumatic physical acts they endure every day. We parted ways then with renewed conviction that they (and so many others) deserve better and that we wanted to be a part of what God is doing to bring these precious women justice.

And so that was how our ministry as Authentic Justice began, even before we arrived on the field where we were to engage in our planned outreach. It was an incredibly meaningful time for me personally and an opportunity we thank God for providing not only for the sake of the women we met but because of how He used the experience to bind the 8 of us together from the start.

In the weeks following, our venture took us to the Near East where we continued seeking ways to serve victims of trafficking. Our days were filled with treasure hunting, perfecting the art of assembly lines, and going to war in prayer. Stay tuned for the continuation of this story…

To learn more about the important issue of human trafficking, take a look at these excellent videos.